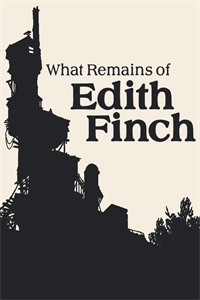 I played another entire game over the past few days. This is so so weird. (Which I say every time I finish a game, I know. But it is! Especially relative to how long it’s been since I finished a book[1].)

This time, What Remains of Edith Finch, which is another plot-heavy / game-light exploration game in which … you know, I’m not sure I’ve ever seen a game like this, except, minimally, Gone Home. Edith Finch has, um, returned to her ancestral dwelling after the death of her mother and the receipt of a mysterious key, which grants her access to the majority of the house, which has been sealed up and inaccessible since before her earliest memories.

What follows is an exploration of generations of Finch family history and the simultaneous exploration of a truly ridiculous plus awesome house, with mysteries galore. There are elements fantastical, elements tragic, and elements personally very uncomfortable. If you want trigger warnings, you should expect that most things people get triggered by (besides inflicted violence) will be in play.

It’s barely a game in the way that all the things which fall into this genre are, in the sense that there are minimal choices to be made; you only move forward through the sparse and lonely plot. But it was a plot full of people and events I cared about, which is what I was looking for.

[1] Outside of a specific reading schedule 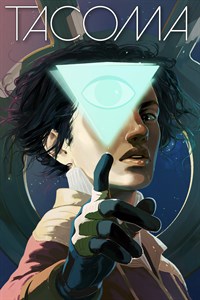 So, I’ve never played a Metal Gear game. It is plausibly the video game series about which I know the absolute least, in fact. I knew there was some guy named Snake who uses stealth and explosion tactics as needed to do military missions, and that’s about it. But Ground Zeroes was free on XBox Live and I have a new console, so, hey, why not?

Now I have learned that Snake is the occasional head of a South American third wheel uneasily placed between the US and the USSR during the Cold War, who uses those stealth and explosion tactics I mentioned earlier. In this particular game, he uses them to infiltrate Guantanamo Bay in 1975 and rescue two of his teenage proteges from the CIA prison camp onsite. Also, something about his group having nuclear capabilities and being inspected by the UN tomorrow, so he’d better do his rescue mission fast? I cannot tell if I was supposed to feel like a bad guy, nor if I would have felt less like one if I’d played the previous games.

What I do know is that it was damned short and did not leave me craving either the sequel or the many preceding games in the series. Gameplay was fine, but the storyline was definitely not friendly to newcomers. Which may be my fault? It honestly is weird that I know nothing about this series, but nevertheless, here we are.