One thing I can say for Crossroads of Twilight: it reads pretty fast. …yeah, that’s all I can say for it. I didn’t hate it as I was reading these last couple of weeks, but now I look back upon it and realize I can summarize what happened in about two paragraphs, and I kind of hate it all over again. It is a relief to me that I can start another book in the series immediately, and I really do understand why people rage-quit when this one came out.

From here on out, I remember almost nothing; perhaps ironically, from here on out is also the span over which I have been reviewing these books already. So even if it sounds ironic on first glance[1], it actually makes perfect sense. I’ve reread almost no books of any kind since 2004, and this series in particular I used to reread with almost alarming regularity. Anyway, it will be interesting to compare my thoughts now with my thoughts when the books were new after lengthy spans of time since the last one. Below the footnote, spoilers!

END_OF_DOCUMENT_TOKEN_TO_BE_REPLACED

Here are the problems with Texas Chainsaw 3D, in no particular order. 1) The 3D was honestly kind of… no, wait, I’m sorry. I’m thinking of the preview for the GI Joe sequel in front of it. That 3D was terrible. This 3D was perfectly fine, if you are not the kind of person who hates 3D. 2) The timeline did not make even a vague attempt at working. If you have an original movie set in 1974, and… man, I’m bad at this. Now I’m trying to remember what year was listed on all the stones in the cemetery. Maybe they pushed up the start year after all? But if I’m right and it was 1974, then you can’t very well have an infant in 1974 return to claim her inheritance in 2012, yet only be 24 or so at the most (and realistically, more like 19). 3) Lack of naked. And, okay, I do not require naked in my horror movies. It’s cool and all, but by no means required. But, if you’re going to condemn people by their sexual transgressions, or pop open the last two buttons of our heroine’s shirt, then you should deliver the goods. It’s perfectly fine to decide that the plot will not be served by naked, but teasing is a violation of the covenant.

And now I look like a chump, because I’ve overruled all of my problems but the nudity. But seriously, I did overrule them in real time, this was not a clever bait and switch (unlike when nobody got naked in the movie), I swear. Anyway, here is what they did right, also in no particular order. 1) Favorable violation of one of the far more unfortunate covenants set forth by the horror movie oeuvre. 2) Chainsaws. 3) Plot twists! 4) Yeah, I’m gonna say chainsaws again, because, boy howdy was there a healthy dose of chainsawing going down.

Oh, and hey, I just remembered another valid complaint! Do you know where they filmed? Louisiana. Are you kidding me?

Another week or two, another book down. Of course, I’m now six days over my allotted time to finish the series, which is, to say the least, unfortunate. On the bright side, I only have… four and a half books to go before I get to read the new one. Woohoo? That said, already things are happening that I explicitly did not remember, and each successive book from here on will be far worse in that regard, so I’m still glad I’m doing what I’m doing for my befuddled memory every bit as much for the experience of this one uninterrupted pass through the series.

Anyway, before I go into the spoilers, I should say that Winter’s Heart is a genuinely good entry in the series, even if it took a little time to spin up to full speed, because it is chock full of selfless heroism and also of one of the coolest single scenes in the whole series to date. And I think it marked the moment when Jordan stated writing all of a character’s scenes in one big chunk rather than interspersing them, if that is the kind of archaeology or warning notice that you are interested in. Next, the cut!

END_OF_DOCUMENT_TOKEN_TO_BE_REPLACED 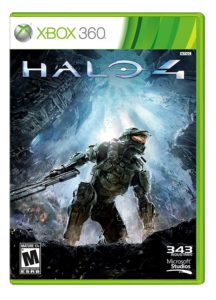 Remember that time when I played Halo 3 and called it a science fiction trilogy? So it turns out that a new studio got their hands on the property and made a new game, so, trilogy no more I suppose. To get the obvious parts out of the way, gameplay is identical to the previous games, so if you liked those, you should ought to like this too. I reckon that the same is true for multi-player, but I haven’t hit it up yet, so I cannot say for certain. But the important questions are: new studio? new plot entry in an already complete story? seriously, someone thought this was a good idea?

Except, in contravention of all known wisdom on the topic, this may be the best Halo of all of them. It’s like, yeah, the new story absolutely relies on everything that has gone before and would never work as a standalone tale, and what has gone before is a pretty cool story that had lots of highs and lows and dramatic tension and tragedies and triumphs, and I stand by all the good I’ve ever said about it. But Halo 4 relates two very personal, small-scale struggles, and it wrestles on multiple fronts with a question as old as the very genre of science fiction itself, what does it mean to be human?

There’s also an entirely serviceable sci-fi plot to hold up these philosophical delvings, about which I’m glad, because you have to have a working plot, and a working plot about the historical forebears of all the cool tech floating around in the galaxy is always of interest. But mostly this game was about the emotional resonance for me, and I have not had this much investment in a specific videogame outcome but a handful of times previously. (Aeris in Final Fantasy VII, the shocking climax of Assassin’s Creed: Brotherhood, and my fierce protectiveness of Tali in the Mass Effect games are all I can think of.) Honestly, there’s a specific line of dialogue that haunts me days later, and I don’t think any of the others have managed that. (Aspects of the Portal games haunt me too, but not in the same way.)

I bought kind of a zombie console MMO last year, but then never played it because I was under the impression that it needed a lot of players instead of just me. I later discovered over Labor Day weekend that not only can it played single-player, but it’s also kind of hilariously over the top, what with the zombie rap song and the dozens of bikini zombie models to choose from and the significant number of decapitations and head-crushings and weapon modifications available. I guess what I’m saying is it’s just pleasant to swing a burning baseball bat at a charging zombie and watch it burst into flames.

As for the storyline, it turned out to be a lot broader and a little deeper than expected. Broader in that zomg, so many sidequests, none of which even involved requests to bring back… well, okay, that’s not true, there were totally collection quests, but they at least had no bearing on advancing any plots or changing any characters. Those folks never got tired of their cans of food no matter how many I provided. But anyway, the rest, in which the mysteriously immune people wander the island in search of ways to save everyone and untangle the mystery of where these zombies are coming from and why they can drown? It’s interesting enough to go on with, and I eventually cared about one or two characters.

I’m trying to figure out how to fill at least one non-spoiler paragraph of my review of The Path of Daggers, a problem which is clearly only going to worsen over the five books of the reread that I have left. [One episode of Arrested Development passes] So, okay, right! Over the last couple of books, the Kindle transcription has gotten noticeably worse. Not hideous like some others I’ve seen that were scanned and then not checked for OCR errors, just iffy. Either words are not checked closely for, e.g., nn –> m errors (that was mostly the last book though, or maybe the one before? Who can remember.) or, in this case, there have been a lot of words that were hyphenated for no apparent reason. My guess is, it’s just a much better quality of OCR transcription software, and it’s been picking up words that went across two lines of the paper book. Still, though, it wasn’t happening in the older books, and I wonder what changed.

Yep, that’s all I’ve got in no-spoiler town. So, onward! END_OF_DOCUMENT_TOKEN_TO_BE_REPLACED