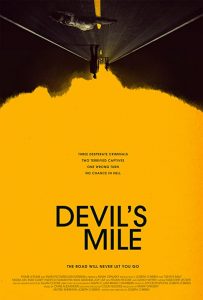 I almost wish Devil’s Mile had been bad, because that would be easier to take. But (except for the effects, which were cheap and looked it) instead it was consistently nearly really good, and I don’t even know exactly what I would have done to fix it, which is somehow even worse than all the rest.

So there are these kidnappers, driving to somewhere to deliver their victims to a mysterious figure in the shadows that they might as well have named Mr. Big, because he’s definitely a trope instead of a person. And they get lost on the way, somehow? And they slip from crime drama into teen slasher long enough to be warned away from a road that they take anyway, driving long enough to drift into Tarantino meets J-Horror and/or Lovecraft, which is where the movie uneasily remains until the credits roll.

I would watch something else by this creative team, though, because the concepts were solid, or at least had potential. It’s just that the execution, in nearly every sense of the word you can imagine, was lacking. 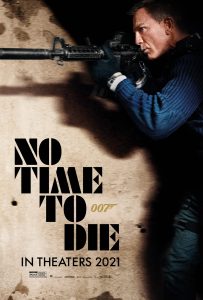 I’m still not entirely comfortable with the fact that all of the Daniel Craig Bond films have shared a continuity and an ongoing story arc. I mean, yes, it’s great from a storytelling perspective. But it’s not really how James Bond movies work, traditionally?

The main thing to know about No Time to Die, aside from that yes it is a part of the same continuity and same ongoing story, is that it’s the last of the Craig films. What that will mean for future storylines is at this time unclear to me, but this arc has come to a satisfying conclusion.

It’s extremely hard to want to say anything else at all, which is from my perspective a good sign about the depth and breath of storytelling at play. But okay, here goes: Bond has retired from service, an outcome that is not entirely shocking given the conclusion of Spectre. But an old friend pulls him back in, just in time to discover a plot involving some of the most dangerous near-future tech imaginable, wielded with surgical precision by a man with a bone to pick.

Later, lots of spy stuff happens, featuring chases, explosions, gun and fist fights, etc. It’s a James Bond movie, yo. Also, there’s an emotional arc, and all of the women have agency and intrinsic value outside of Bond’s sphere of awareness. So it’s perhaps not your father’s James Bond movie. 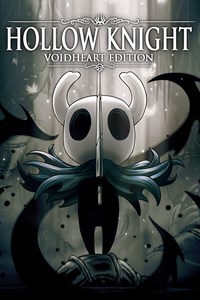 I still don’t understand why games that are roguelike are named after the original game of that style, Rogue, while games that are Metroid-like (ie, exploration-platformers with boss fights and power-ups) are named after more than a decade later when Castlevania did the same thing, and someone decided they were equivalent and everyone else agreed. It’s just not right.

All of that to say, Hollow Knight is a Metroidvania in which you play a silent[1] protagonist come to the dying city of Dirtmouth above the dead-but-treasured-filled kingdom of Hallownest, and also everyone is bugs. And that’s it, that’s the whole plot as presented. Everything else you learn on the way. Questions like “why do I have such a shitty weapon? why are some of the bugs cool and chill and want to sell me things or discuss philosophy, but some of the bugs just run at me to kill me, but some bugs do both? why is this referred to as a platformer when I can barely jump at all?”

There are three important things to know about this game. The first is that, if you are okay with the genre, with having to go back and forth and remember where you left things to do later and explore until you find places you can’t go but trust that you’ll be able to later and until you find fights that you cannot win but trust the same thing about that, if you’re okay with these things: this is a spectacular game. Arguably the best one of its kind ever made.

The second is that it’s incredibly long. I played for 83 hours to get the credits, and there are still a number of things that I know are left undone, not counting that there are probably things I don’t know also.

The third is a corollary to the second. It is 97% melancholy, with only the briefest of divergences from this theme, and those countered by moments of much stronger sadness to still balance out at 100% adjusted melancholies. And there’s nothing wrong with a melancholy game! Most walking sims are, and I play lots of those. But here’s the thing: 83 hours of melancholy is a lot to get through, even for a truly amazing game.

Oh, and also Voidheart Edition is because there were eventually several small expansions, and all of them are included in the Game Pass version. According to the meter, I got 106% completion out of an implied possible 112%. Almost all of what’s left are harder versions of things I’ve already done, which makes it hard to feel like I should practice my ass off to accomplish them. Plus the melancholy.

In the unlikely event that I do more, and that the more I’ve done changes my impressions significantly, I’ll report back.

[1] I mean, yes, most video game protagonists outside of dialogue-tree RPGs and shooter cutscenes are silent. But the other characters in this game make a point of noticing your silence. 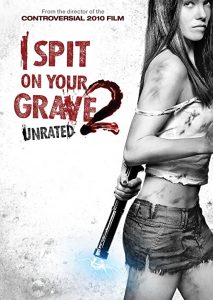 Also, that direct, bloody revenge is earned, and earned well. “No jury would convict her” is what it said on the posters, as I recall.

I am disappointed in you, makers of this movie. (I cannot even say “makers of this sequel”, because the only thing the movies have in common is the one sentence summary they share. My verdict here is downgraded from unnecessary to shameless.)

[1] aka Day of the Woman, and except for the fact that it’s less eye-catching and I would have been less likely to have seen it lo those many years ago, I wish that had stayed the title. Because it sells its theme better that way.
[2] Whether this stereotype is accurate is not in the scope of my point, although I’m not here to argue against it.