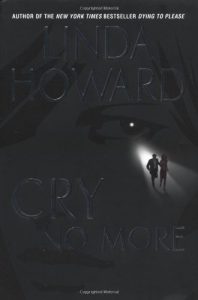 I got a book from my grandmother a few months ago, about a lady whose kid was stolen from her arms in Mexico, so she devoted her life to searching for missing kids / people. It’s all very predictable, in that you know basically what will happen and who the heartbroken lady will end up with within the first 30 pages. The rest is an exercise in drama!, with doses of mildly effective misdirection and a few helpings of romance novel porn to keep the attention. The story isn’t too bad, but unfortunately changes focus completely right at the end, wrapping up the mystery as neatly as a bow with too much haste and getting on to the emotional consequences.

So, it sat on my reading shelf for a while, as I plowed through a doorstop and a Pratchett and a I’d-verify-what-else-but-I’m-typing-this-in-notepad-due-to-no-real-internet-from-here. I’d planned to snag it after the first Pratchett, but I got in a hurry packing to get out of town early a few weekends ago, what with said grandmother being in the hospital, so I forgot it and ended up reading more Pratchett, as that was what was in the trunk. Which sucked, because she asked me if I had yet, and I had to sound like I was making up some lame excuse to placate her.

It’s funny, the things we feel guilty about. For not knowing she had died until the nurses came, even though I was holding her hand. Whether I read a book at request, or at least finished it in time to talk to her about it. And I genuinely wish I could, too, not just for the rose-tinted, shiny vision of some earnest conversation that would have made her happy. I really am curious what she wanted me to get out of it. I’m sure it wasn’t the porn, but I’m sure of little else. (I’m seriously here. There was a substantial amount of explicit hardening and penetrating going on. Very strange, even from a lady who thought Grand Theft Auto 3 was the funniest game she’d ever seen.) Now I won’t really ever know for sure, and that sucks.

I guess it’s strange that my symbol of loss for my grandmother, the one thing that I know I won’t ever know now, but I could have known if I’d tried harder, is about a book we both read. I’m glad that’s what it is, though, too, because it will remind me that we were closer in very fundamental ways than I would usually describe us as being. And that’s comforting to me. Another week, another Pratchett. Although I expect that ratio to drop off a bit now. This time, Equal Rites, the story of a young girl trying to make her way in the world as a wizard. Which should be no problem, except for how only men can be wizards. (And suddenly, the title makes all kinds of sense.)

Here’s the thing. I know these are funny. I’ve read at least three of them, even before this latest spate. And the common knowledge is that ER is substantially better than even The Light Fantastic, but I found that they were mostly equivalent. Well, for the humor value, at least. ER had the better story, but it was a little too obvious for me, I guess.

Except, that’s not it either, exactly. It was more travelogue than battle of the sexes. So I guess part of my complaint is that it failed to meet expectations, and then once they got to the part I was expecting, it seemed rushed and simple. After a fairly contrived ‘nobody else could have accomplished this!’ moment that seemed to have nothing to do with gender, suddenly girls are allowed. Maybe I just didn’t get it.

Disclaimer: Still very enjoyable light reading. I think it suffered from inflated expectations more than any other single problem. I’m ready for the series to be as funny as I remember, though, and am starting to fear it’s the age difference. (That part probably shouldn’t have been in the disclaimer, but I’ve been trying to get this written for almost a day, and I’d rather be done than clear or concise.) 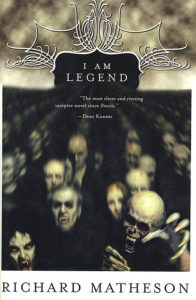 Several weeks ago, a friend of mine recommended a horror author I’d managed to never hear of, Richard Matheson. I found a copy of A Stir of Echoes in my local Half Price Books, and I later read it all in one afternoon, while I was stuck at home watching the floor guy take up all of my downstairs linoleum. I’d seen the movie, and the book was largely the same, but just different enough to keep the mystery in real doubt all the way through. In any case, I enjoyed myself. Part of it was reading a book in one day, something I haven’t done in, well, I sincerely cannot remember how long.

In any case, I finally got to a better stocked HPB and found several more of his books, mostly in Penguin-sized short story collections. The one I’d been looking the most forward too was I Am Legend, the story of the last man alive in a world full of vampires. As it happens, the copy I got is about half that, and about half several more short stories, which I have yet to read.

Good story, though. In addition to Matheson’s drive to find a scientific explanation for every vampire characteristic, he explores themes of isolation in familiar but well-written ways and themes of identity in ways that I hadn’t considered before. What makes a man good? What makes a vampire bad? Is it possible to cross those lines? Is it desirable to?

I know that I just said it was cool to read a book in a day (and I could have done with this one, although I did not), but the one weakness I found was that I was never able to get all the way into the head of the main character. The whole story was from his point of view, and I didn’t really feel like I knew him any better by the end than I did in the first ten pages. He was an excellent means to Matheson’s multiple ends, but I’m not convinced he was more than that. I actually felt more for the three main ancillary characters than I did for Robert Neville or his (expired, at the opening of the story) family.

For now, though, I have all those short stories left to read. 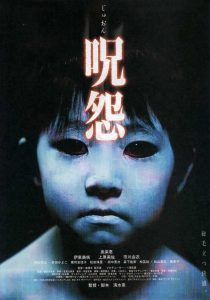 Lots of horror movies out these days, which means lots of chances to see Sarah Michelle Gellar taking a shower while a creepy Japanese curse causes fingers to appear out of the back of her head (or something like that) in previews of the latest Japanese horror remake, The Grudge.

In any case, this one was a good, scary atmospheric piece. There’s this house, where it is established in the opening credits that a man previously went crazy and killed the hell out of his wife, son, and pet cat. Now people (the residents, remote family members, social workers, and police) wander in and out of the house for their various reasons, and some very angry dead people aren’t willing to stand for it.

The narrative is split up into randomly-sized and ordered chunks exploring the consequences of each individual’s passage into the range of the grudge. This works really well for the first hour and change of the movie. Unfortunately, the last two such scenes don’t make a lick of sense, and I left the movie with no idea how things had turned out or what the ultimate cause behind the evil was, or even if I’m supposed to know these things or not. But that’s okay, because I went for the creepy atmosphere, and got that in spades.

I’m still going to watch the remake, though. My hope is that an American director will insist on some coherence near the end. If I’m really lucky, it will cohere and also explain what was going on in the original, instead of just cohering by him making something entirely new up instead. Plus, Buffy in a shower. I mean, by far not my first choice of BtVS characters to see nekkid, but neither will I turn down what I’m offered. (Anyway, I’m sure there will be no nudity and that I’d have gone to see it no matter what. But you never can tell.) Weird. I’ve read a few Discworld books, mostly in high school, and I’m quite sure that one of them included Rincewind and the Luggage. But it wasn’t this book, and it doesn’t seem to be the next one either. So I’m a little puzzled on that score, but it’s okay. For one thing, this is brand new, completely uninfluenced by my memory, so that’s good, I guess.

Unfortunately, I can’t really add anything that’s not already been said on the topic. It was amusing, but not nearly as funny as I remember Pratchett being. Rincewind is a barely sympathetic character, the Luggage is more menace than lark, and Twoflower is okay, but he’s written as too mysterious to really get into him.

The plot was fine, but great sweeping swathes of it were missing for no clear reason and it ended with essentially no resolution. The Light Fantastic appears to be a direct sequel, and perhaps he already knew he was writing it when The Colour of Magic came out, but it was a bit jarring of my expectations since I know that these are traditionally stand-alone.

Mostly I’ve complained, so I will say that I got the occasional laugh and never regretted the time I was spending reading it. Plus! Now I understand the Tourist from nethack, so that was worth the price of admission.