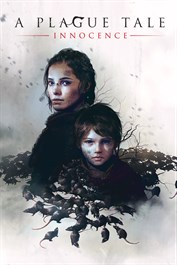 Someone, who I am married to, likes to scavenge the lists of what is leaving Game Pass when, and then taking special notice of what is about to leave that she’d like to play. Which is how I ended up doing a shared speed run[1] of the first volume of the Plague Tale series[2], Innocence.

Of course, this also means that unless it comes back to Game Pass, this review does nobody any good, since while it was more than good enough to play, it was less than good enough to spend forty dollars on. (Unless you are suddenly really concerned about the sequel I suppose, which I then hope for your sake is worth more than sixty dollars. …or it will be on Game Pass as a day one release, so.)

The game is a probably faithful (in tone if not in detail) romp across Middle Ages western France, wherein a fifteen year-old daughter of nobility along with her five year-old brother become refugees fleeing the Inquisition, and the English invaders, and the omnipresent plague-ridden rats, most of whom are more than they seem. It starts as a sneaking and hiding game, but as the siblings continue to survive (thanks, checkpoints!), they gradually learn the skills needed to survive at a better than “on the run” level.

Too bad, then, about Hugo’s unresolved chronic disease.

[1] When I say “speed run”, I don’t mean a seventeen minute glitch fest, I mean like 20 hours because we both want to find all the things in an otherwise 12-15 hour game and are only so skilled on top of that, but also we can only play violent games at night, in our limited sleep time, so that was a lot to deal with in like a week. I’m still exhausted.
[2] Was there a planned Plague Tale series? I have absolutely no idea. But there’s the name scheme for it, and also there’s a sequel coming out in October, so, signs point to yes.