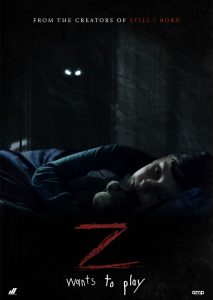 Shudder served me up a more bog standard traditional horror this time, and I’m maybe a little disappointed by it? It’s not that I’m itching to become a giallo aficionado or anything. It’s just that horror in the ’70s is so good. If I were the kind of person who got paid for this, I might call it raw so that I could proceed to call it visceral as well, and be proud of myself for the pun. But what I really mean is, that was when the genre first spread its wings. You had a little blood and a lot of screaming and maybe some goofy eastern European accents, or maybe you had rubber-suited “monsters” or perspective shots and miniatures to make every day critters giant-sized. But the ’70s is where the technology improved and at the same time the censorship limits were removed, and the field just exploded in every direction. By 2019, horror movies are often a lot more polished, but they’re also more prudish and maybe a little dead inside, from that sweet sweet studio money.

Which is not to say Z was a bad movie. I was interested in where things were going. Lonely boy makes imaginary friend, only, just how imaginary is he? And that’s an okay premise, even if we’ve for certain sure seen it before. Will the boy turn out to be a bad seed type? Is it a ghost story? Demonic possession? Weird invisible monster?

The climax was pretty goofy, but the acting was fine and it had a jump scare from what I think may be a unique source in the annals of blah blah. Which ain’t nothing!