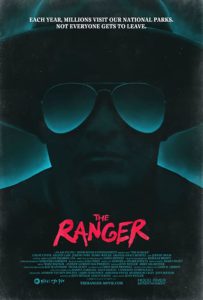 Sometimes, a movie is exactly what you expect it to be from the poster. Which is nice in terms of proper expectation setting, but is pretty damn tricky in finding something meaningful to say outside of the picture already being worth a thousand words, or in this case 77 minutes of celluloid[1].

The Ranger, then, is the story of a bunch of asshole kids hiding out in a national park after they did some crime, and also the pink-haired final girl has history with the park ranger.

The best thing was all the park regulations as murder one-liners. The worst thing was the dark history, because it was ultimately meaningless. Like, I’m sure the writer had some idea of what was supposed to be there, but it dd not translate at all. Result: schlocky slasher fun that should have aimed for fewer pretensions, alas.