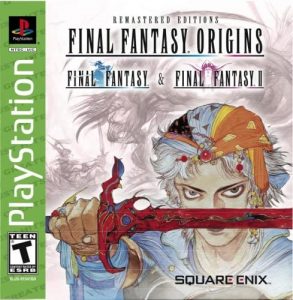 Over the past several months, I’ve played Final Fantasy (with intentions to play the other ones, eventually) as my tiny-TV-in-bed time-waster of choice. The amazing part is that I actually got around to finishing it, just last night. Well, it’s not that amazing. I am a jobless bum with no real prospects, since my marketable skills have been eroded over the past three years of getting paid a king’s ransom not to use them.

…but it’s possible that this is not about that. Um. Where was I? Right, the game. I’ve been reading 8-bit Theater for lo these many years, and once I realized they were re-releasing the game, I got it in my head to play as the characters from the comic. Then, I played it for a while. Then, I didn’t. Then, after I got unenjobbed, I returned to it, and after a quick walkthrough to remind me of the dungeon I was in the middle of, I got back to plugging away at it. It is mindless, but certainly entertaining. Even with cleaned up translations of the spells and people’s speech patterns, it still makes barely a lick of sense. But at the end of the day, the world was saved, so that’s pretty cool.

Also: unlike any other Final Fantasy game (well, that I know of; I admit that my knowledge in this regard is limited), there are no chocobos. This alone makes it the most awesome thing ever for the whole of the minute or two that you’ve spent reading just now, not to mention the minute or ten I’ve spent typing. I mean, just imagine it. A world with no chocobos! It would be fairly breathtaking, but luckily we are blessed by other video games who have never heard of such a beast, on even the quietest winds of rumor. But if we weren’t, man. People would be lining up to play this game over and over again, just to avoid that terrible fate.

Or, maybe it’s just me with the chocobo aversion.