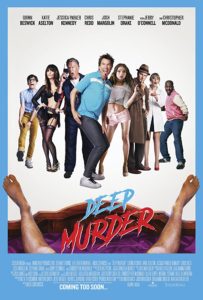 I approximately never stopped laughing. As far as I can tell, this was the best comedy of 2019, and I recommend it to basically anyone, although if you ever watched something in the wee hours of the night on Cinemax, you might have a leg up. For the record, there is [approximately] no nudity. It’s not that kind of movie in any way other than that it specifically is that kind of movie or it wouldn’t work, if you take my meaning.

[1] The closest thing I can think of is Zombie Strippers, and there are only a couple of tangential similarities.
[2] *smirk emoji*