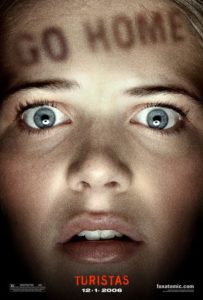 So, Halo 2, right? I’ve played it and its predecessor all the way through (good storylines, acceptable game play, frequently annoying level design), and I’ve spent a fair amount of time in the multiplayer deathmatches with my friends. Once or twice we’ve even hooked it up for 8 player team stuff, with the teams on different TVs and all. I fancy myself to have pretty solid skills, not superb or anything, but on any given day, I can win against almost any of the people I play with and wouldn’t ever lose against some of them. So, that’s cool, right? Enter New Year’s Day, in which our entire plans consisted of recover, play online Halo 2 against other folk, and eventually catch a movie. So, we laze around, download updates, get people set up, and finally it’s time to go. How good are we, you ask? After twenty games, we have a collective record of 0-20, and on only a couple of those games were things even remotely close. I’m saying we suck bad, man, too much pressure and all teeth like a shark.

Speaking of vacation plans gone awry, the movie we eventually watched was Turistas. Six tourists on a bus in Brazil are thrown together, literally, when their bus wipes out and falls down a hill. Waiting for the next bus in eighteen hours becomes too much of a chore, so they take the opportunity to wander down to a bar on a secluded beach, where they introduce themselves and their breasts to each other as well as to the natives and their breasts. Drugged booze flows like, um, wine, and they wake up the next morning without their money, luggage, even passports or shoes. Instead of wandering back to wait for the bus, they take off for the town associated with the bar to find out who robbed them. Which, of course, is when they get caught up in the organ-smuggling ring.

This movie wanted so badly to be Hostel, but with more of a moral. And, okay, you have naked people and tortured vacationers and a moral, so I suppose it succeeded? Except it left out that vital Not Sucking component that Hostel was able to hold onto. Hostel weighed in at 94 minutes, but I never felt like a moment was wasted, and the tension was on a constant increase from the first moment that anything bad happened, right up until the end of the flick. Whereas Turistas felt bloated at the same 94 minutes and probably still would have at 74, with extraneous scenes and scenes that went on far longer than I could be bothered to stay interested. Which therefore killed the tension momentum. Plus, horror? It’s not really served well by morals. (I mean, except for the moral that if you’re a teenager who engages in recreational drug use, pre-marital sex, or public nudity, a psychopath is going to come along and kill you. Who among us can’t get behind that message?)

You know who I bet liked this movie better than anyone, though? Brazil’s tourism board.